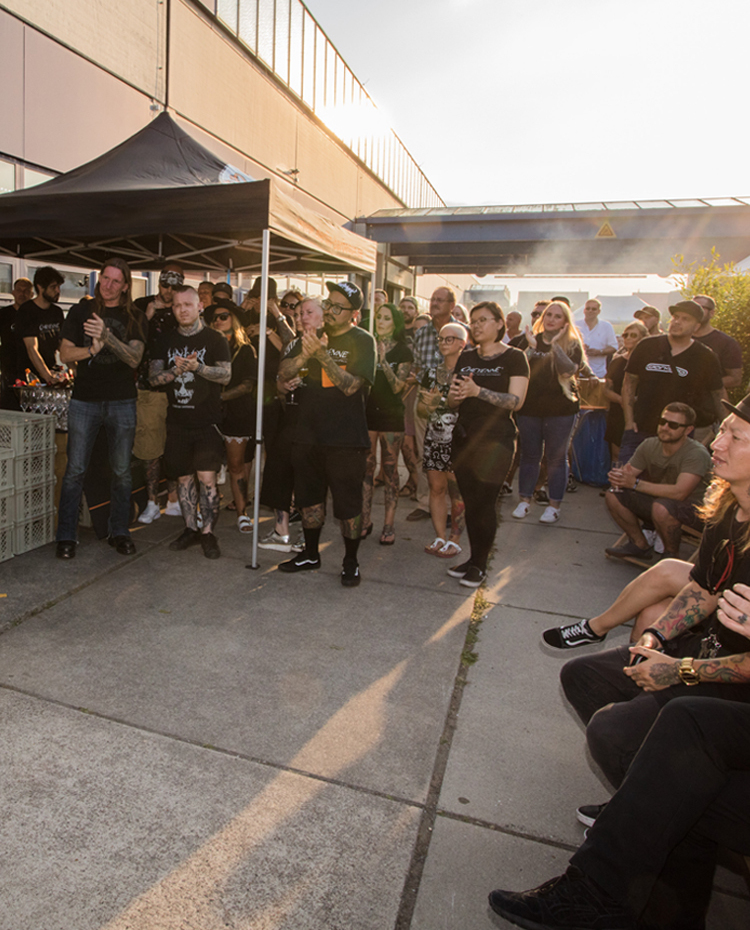 If you go into any tattoo studio, I guarantee that at least one, if not all of the artists are using Cheyenne products. The company sprung onto the market in 2007 and has since revolutionised the way tattooists work with rotary technology.

By Lizzy Guy
This article is published on Total Tattoo, October issue 2018.

Their products are shipped worldwide (their manuals have sixteen different languages) and include limited editions as well as readily available products. Naturally, with many developments in tattooing technology, this was met with some resistance by some. But whether you like it or loathe it, Cheyenne represents a new wave of technology that is here to stay. Total Tattoo Magazine was one of two magazines recently invited to the Cheyenne factory day, at their Headquarters in Berlin, Germany. Amongst sponsored artists and reputable suppliers, we were able to see exactly what goes on behind closed doors.
Ten years on, we were invited to an open day at the Cheyenne Factory. The event was intended for sponsored artists and suppliers to see behind the scenes of the pens, and to celebrate the successes of the company. The day itself was lovely – the sunshine beamed down, the bubbles flowed freely and the buffet was delicious. But, aside from the social aspects, we were there to see just what it was that Cheyenne was doing behind the scenes, so to speak. It was great to see the support of many of Cheyenne’s sponsored artists at the factory day. Artists such as Randy Engelhard, Remis and Julian Siebert were present, to see how their favourite tools are made. There is no official criteria or preferred style to be a sponsored artist by Cheyenne; although a lot of their artists specialise in realism, this is something that they are looking to branch out on, as seen by the presence of Russ Abbott and Theresa Sharpe. 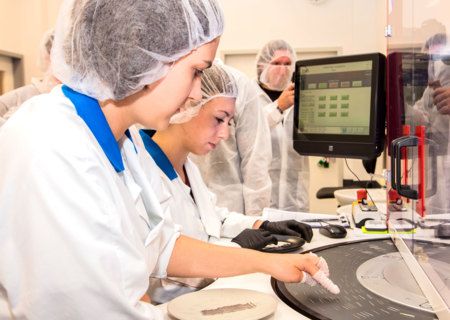 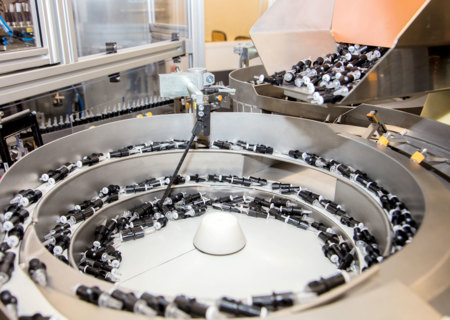 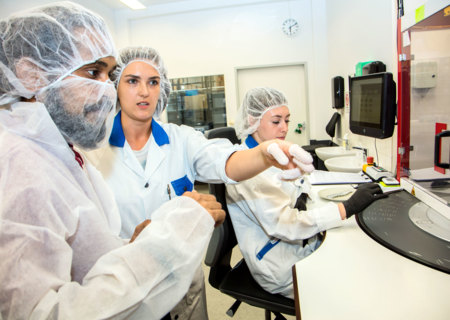 I need to be frank here. When I got on the plane to Berlin Airport that morning, I wasn’t expecting much else, other than a factory. In fact, I was still envisioning rows of robot arms and conveyor belts as I walked up the drive of my destination. There’s an assumption that a lot of big brands are overly mass-produced and I couldn’t help but have this in the back of my mind. I’m so pleased to say that for once in my life (ha), I was wrong.

Our factory tour started with Cheyenne HAWK PENs. Whilst there was some impressive looking machinery; some costing upwards of a quarter of a million Euros, my pre-conceived idea of rows of machines rattling off conveyor belts couldn’t be further from the truth. Whilst the components are machine-made (and entirely in the factory), the machines are hand-finished, which I discovered as I walked from the manufacturing area to the finishing area.

It was here that I was able to see employees, sat at their desks, hand-assembling every product. The attention to detail was really rather meticulous; nothing was rushed or overlooked. This, I realised, was really what artists meant when they said ‘you get what you pay for’. And, after each machine is finished in the assembly, it goes on to be tested – the machine is run for one hour, with the voltage, sound and temperature checked after every test.

After a small break where we were able to bask in the sun and talk to artists and suppliers, it was on to the next tour – the cartridge production. Naturally, hygiene is paramount with any productions, so we were all supplied with overcoats, hairnets and beard covers before being led through to the lines.
In comparison to the machine-making, this area was much quieter and much cooler (a secret blessing in the 30+ heat). The needle grouping and packing was mesmerising to watch, as they started off as single ‘pins’ of metal which were transformed into tattoo cartridges before our very eyes. Once again, I was amazed to see the level of personal detail in the checking and production, especially when witnessing workers individually checking every needle grouping!
As the tours drew to an end, tributes were held to one of Cheyenne’s late employees, Konrad Lackner, who sadly died last year. With his Sister present, machines were awarded to the artists in a moving display of unity. It just goes to show, that whether a big company or a small, one-person builder, there is a tattoo family to be found everywhere. 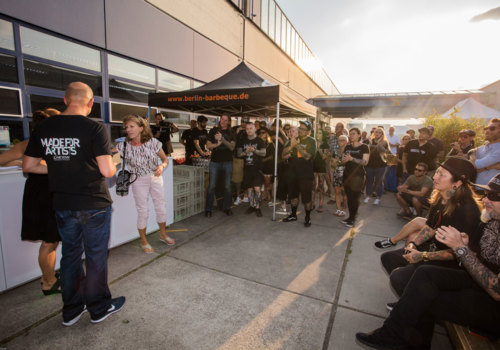 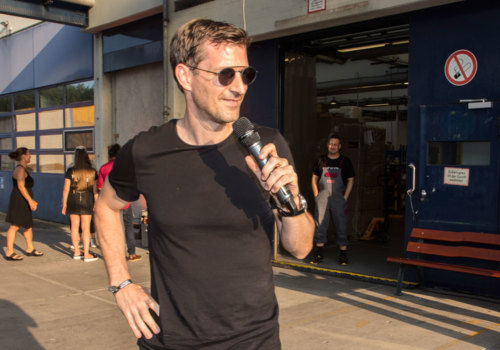 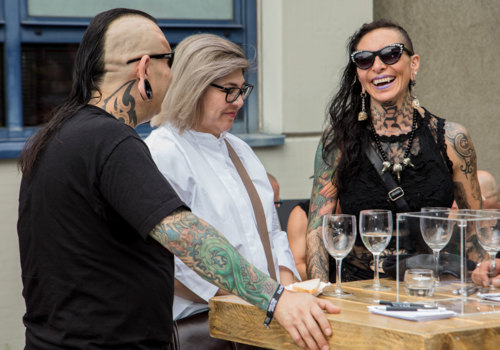 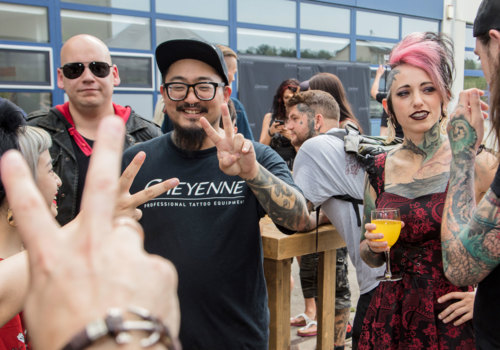 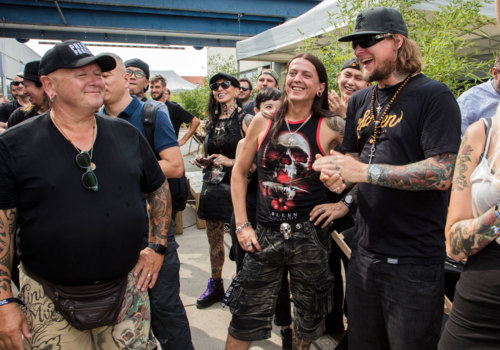 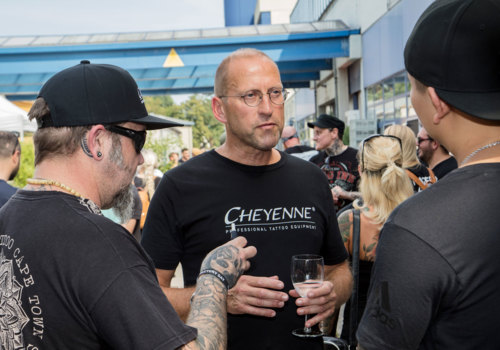 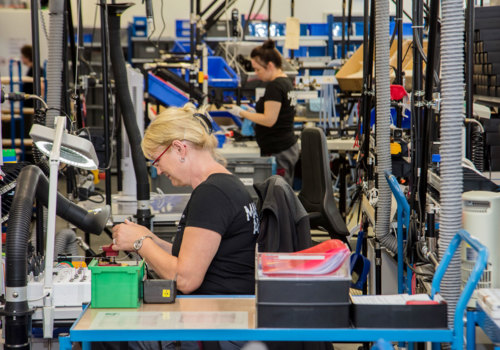 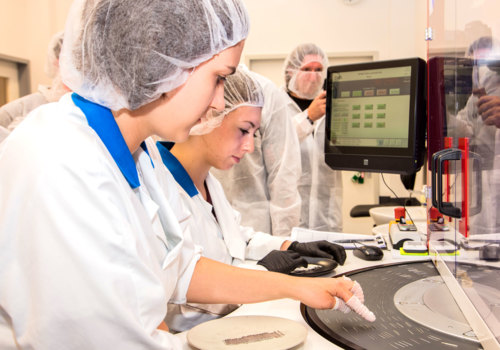 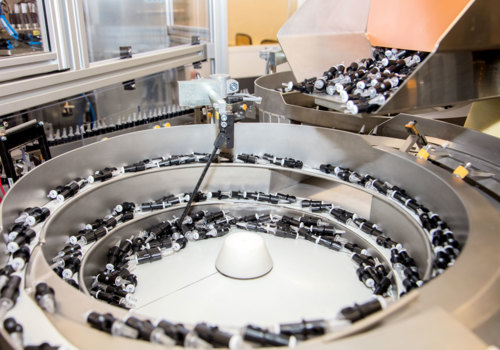 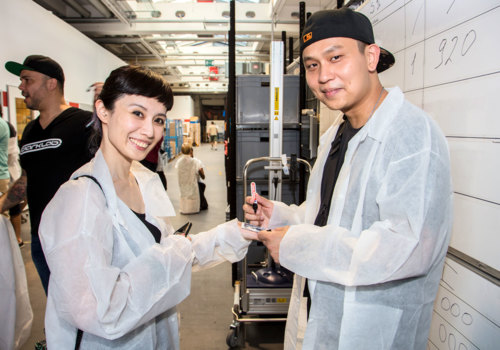 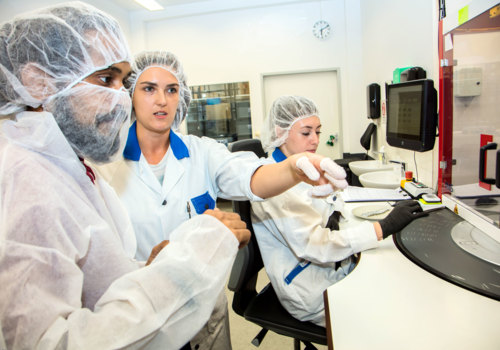 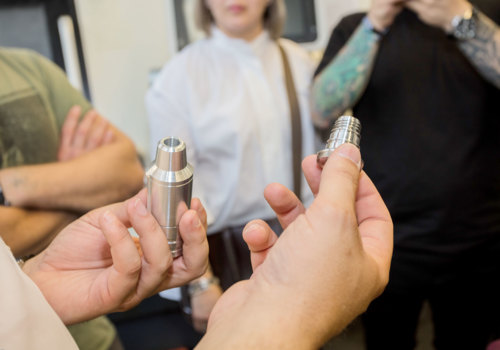 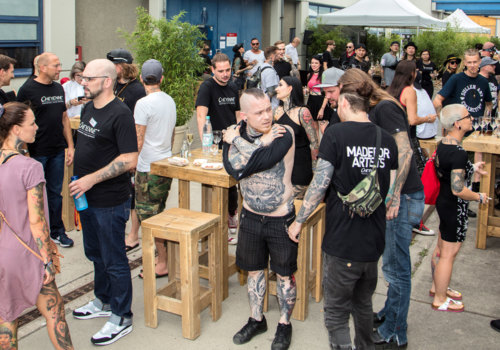